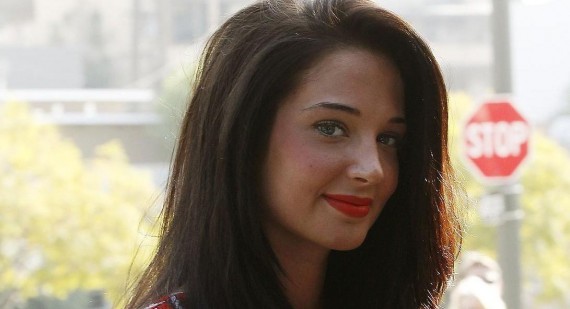 Tulisa Contostavlos in another indecent photograph!

It was barely two months ago when indecent images of Tulisa Contostavlos appeared in that infamous video.

Now, with a number one solo single under her belt, it appears the Young singer hasn't learned anything from her mistakes.

The 23-year-old has posted a picture on Twitter of herself standing provocatively with a half-naked male - luckily for her it's just her best friend and gay PA. Gareth Varey and the X Factor judge took the picture in their hotel room in Atlanta, Georgia, early this morning.

The best friends are posed up in front of a mirror with a topless Gareth wearing a pair of white trousers, as Tulisa stands behind him. The brunette, who was recently voted FHM's sexiest woman in the world, is peeking over his shoulder, but it's not clear if she is or isn't wearing a top.

The pair have been friends for a long time and travel everywhere together, mostly for Tulisa's work commitments. However, the raunchy photograph, which was first posted by Gareth and then retweeted by Tulisa, may raise eyebrows after the former N-Dubz member was captured on a mobile phone performing a sex act on a man.

At the time, Tulisa said in a YouTube video she posted online: 'I've never been the type - regardless of being in the public eye - to sit down and keep my mouth shut about anything, especially when I've done nothing wrong.' 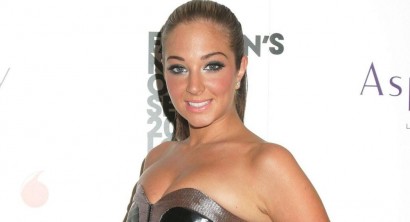 Tulisa is currently in the States to record more tracks for her debut album. She tweeted: '@Defjam1 yooooooo max the TFB has landed!!let's finish this album!xx'.

Unfortunately for the singer, the weather in Atlanta has been poor and she has been stuck indoors for most the time. She tweeted to tell her followers: 'Miserable weather out here right now, absolutely stinks! I can't catch a tan in this, come on sunshine do us a bloody favour...'
200 Fan Uploads: Tulisa Contostavlos and Gallery

Dappy excited about N-Dubz reunion
21st July 2015 @ 07:04pm
Dappy says that he is eager to get N-Dubz back together and show the fans just how much the band has grown